Sixty percent say college athletes should share the profit of their name, image or likeness and nearly half say they should share in profit from broadcast rights fees

The full press release can be found at the UMass Amherst Office of News & Media Relations and is posted below.

Toplines, crosstabs, and visualizations posted below.

Respondents were matched to a sampling frame on gender, age, race, and education. The frame was constructed by stratified sampling from the full 2019 American Community Survey (ACS) 1-year sample with selection within strata by weighted sampling with replacements (using the person weights on the public use file).

The weights were then post-stratified on voter registration status (from the 2016 Current Population Survey Voter Supplement), 2016 Presidential vote choice, and a four-way stratification of gender, age (4-categories), race (4-categories), and education (4-categories), to produce the final weight. 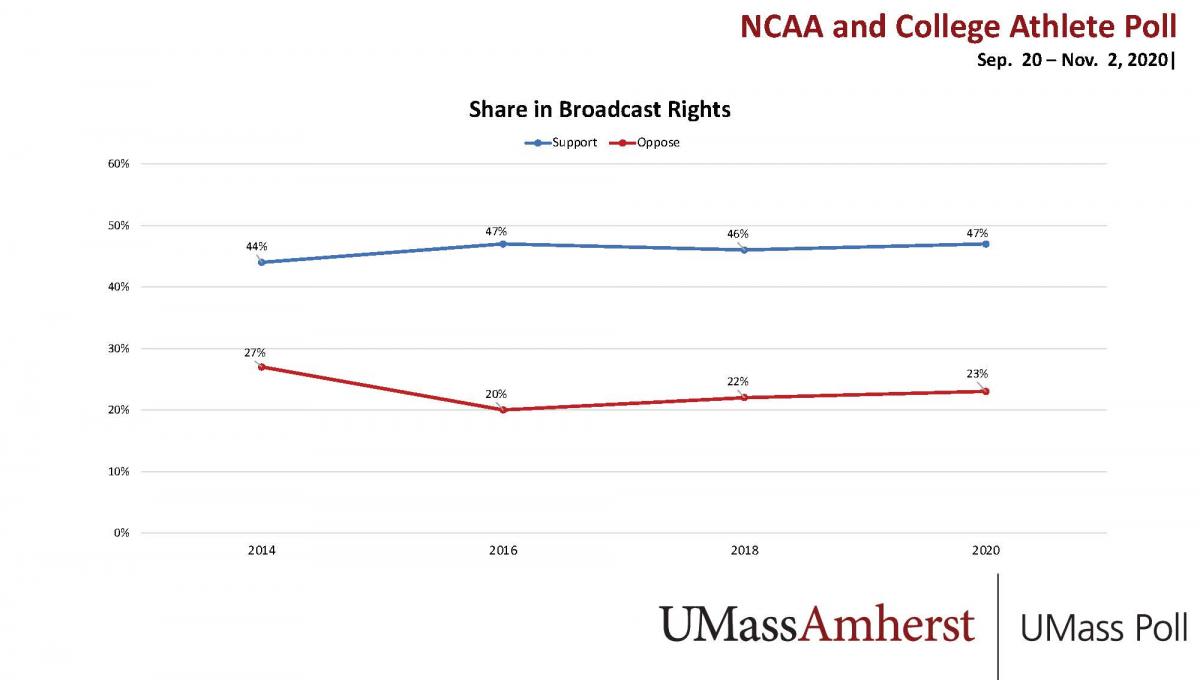 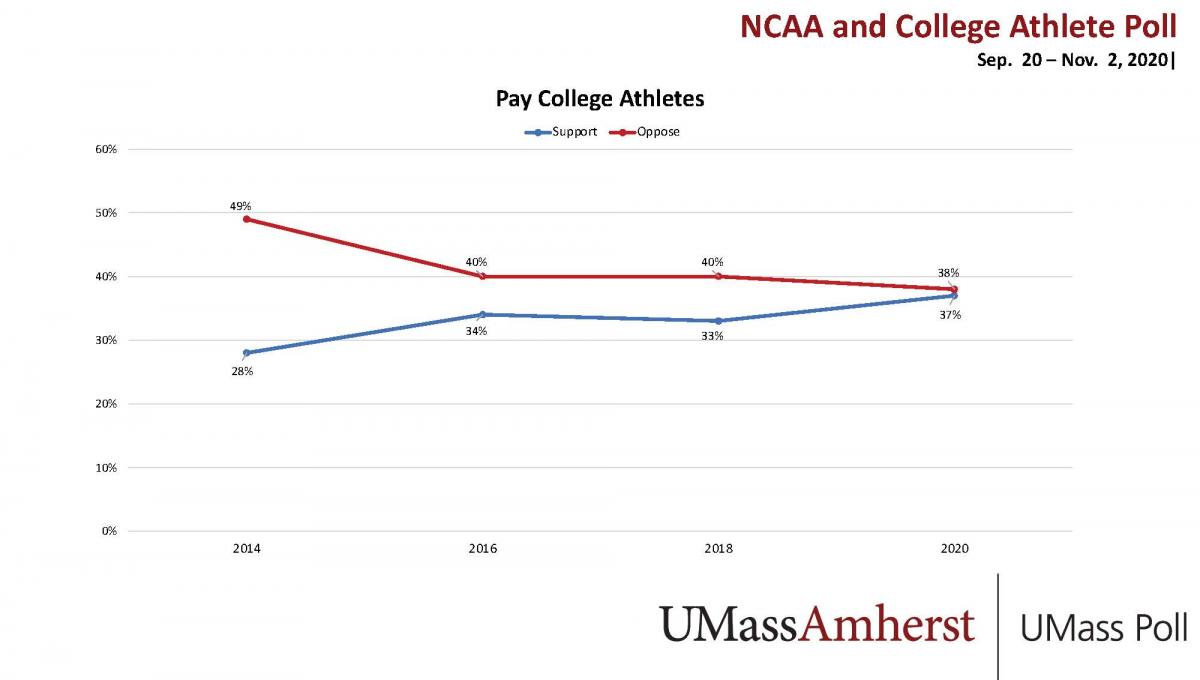 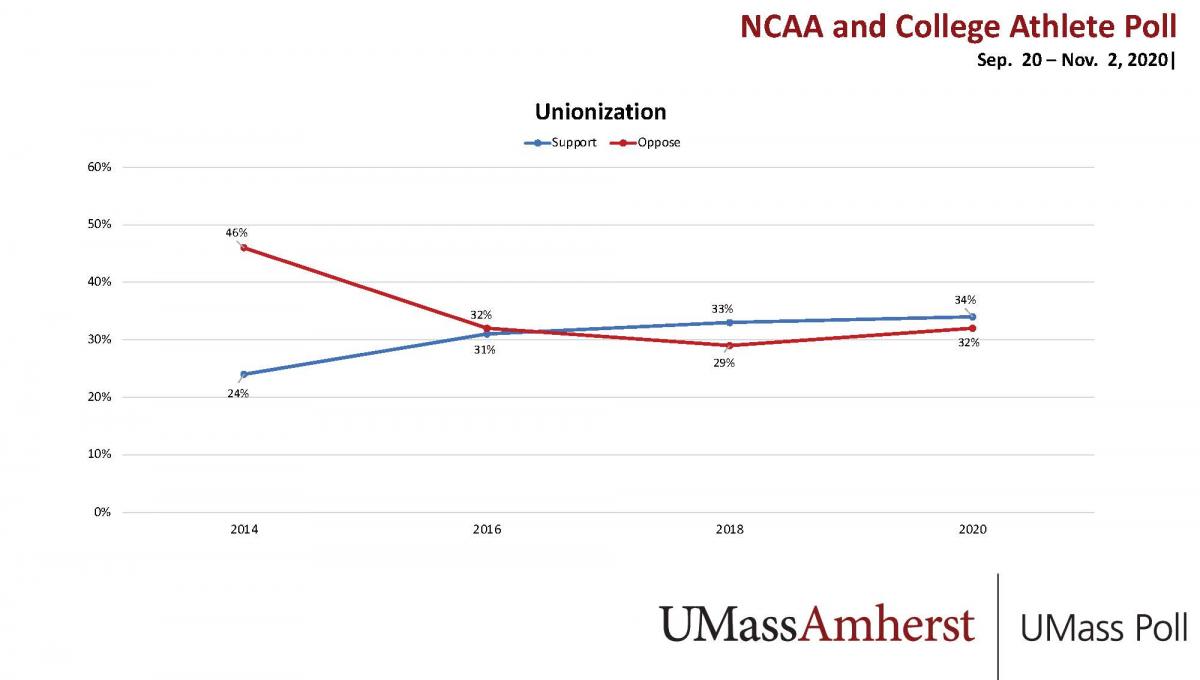