“Network Effects in the Formation of the Financial Industry's Regulatory Preferences in the European Union”, Business and Politics, 22(1): 52-84. Coauthored with Adam Chalmers.

"Wage Moderation in the Public Sector: The Experience of 11 EMU Countries in the Recent Economic Crisis", Economic and Industrial Democracy, Vol. 36, No. 4, pp. 575-609.

“The Other Side of the Market: Social Governance in Neoliberal World Order and the Economy of Passive Mitigation” Alternate Routes: A Journal of Critical Social Research, Vol. 20 (2004), pp. 149-177.

Gridlock: Why Multilateral Cooperation is Failing When It is Needed Most (Cambridge: Polity). Co-authored with Thomas Hale and David Held. Order a copy here 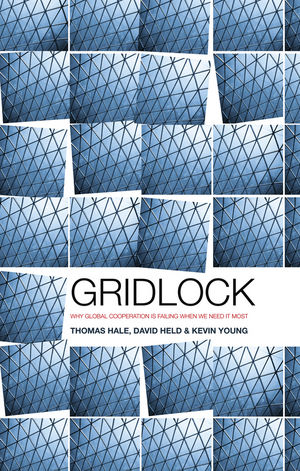 Reviewed by Jean-Christophe Nothias here in The Global Journal, 31 May 2013.

Reviewed by Dan Drezner here on the Foreign Policy blog.

My co-authors and I have also written several OpEds that draw upon the book's arguments, in The Globalist, OpenDemocracy(here and here), Social Europe Journal, and ESharp the Big Debates.

“The Modern Financial Corporation and Global Policy” in Andreas Nölke and Christian May (Eds), Handbook of the International Political Economy of the Corporation (Northampton: Edward Elgar), forthcoming, in press.

“The Rise of Regulatory Standards in Banking and Their Limits” in Peter Gibbon, Stefano Ponte and Jakob Vestergaard (Eds.),Governing Through Standards: Origins, Drivers and Limitations (London: Palgrave, 2011), pp. 25-48.

“The Strong Embrace of Weak Actors: Explaining Social Support for Economic Liberalization Through the Case Study of Small Business Associations in the European Union” in Ayse Bugra and Kaan Agartan (Eds.) The Market Economy as a Political Project: Reading Karl Polanyi for the 21st Century (Palgrave: 2007), pp. 219-234.

"Fathers of Neoliberalism: The Academic and Professional Performance of the Chicago School, 1960-1985", Institute for New Economic Thinking Working Paper, October 2017.

“Tying Hands and Cutting Ties: Comparing the EU and the US in Global Banking Reform Since the Crisis”, Journal of Banking Regulation, Vol. 17, Issue 1-2, pp. 46-59.

"Who is Challenging Finance? Examining the Diversity of Voices in the Design of Financial Regulation", Finance Watch, 16 February 2016.

"The Structural Power of Business as a Causal Hypothesis", Duck of Minerva, 2 February 2016.

"The Unity of Business in the Context of Regulation", LSE Business Forum, 26 November 2015.

"Global Cooperation Buckling Under Past Successes", The Globalist, 4 Sept 2013. Co-authored with Thomas Hale and David Held.

"Gridlock: the growing breakdown of global cooperation", OpenDemocracy, 24 May 2013. Co-authored with Thomas Hale and David Held.

"Gridlock: The Contemporary Breakdown of Global Governance", in Global Policy blog, 28 May 2013.